Celebrating Our 110th Anniversary of Service

Your Loved one never leaves our care

About Us
|
Our Team
|
Testimonials
|
News and Events
|
Contact Us 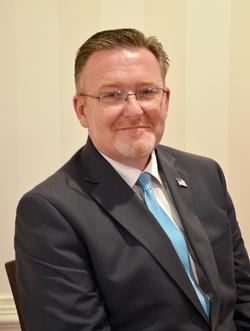 Brian is a native of Saluda and started his career in funeral service at McFarland Funeral Chapel in 1998. He is a graduate of East Henderson High Class of 1989 and Fayetteville Technical Community College Funeral Service Education.

Brian is a licensed funeral director and embalmer in North Carolina and South Carolina and a Certified Crematory Operator. At McFarland Funeral Chapel and Crematory, he is responsible for overseeing the staff, day-to-day operations and crematory manager. Brian also coordinates services and arrangements with families.

He and his wife, Kim, have four children: Brandon, Grayson, Matthew, and Megan. 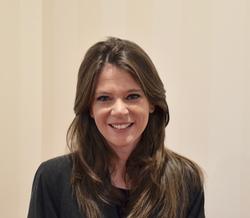 Megan is a native of Columbus, NC. In her role at McFarland, Megan performs essential administrative duties including customer service, accounting, billing and writing obituaries.

A former nurse for 13 years, Megan completed her funeral service education at Fayetteville Community College Funeral Service Program and has attained her Funeral Director and Embalmers License in North Carolina and crematory certification.

Megan is married with three boys and lives on a large cattle farm.

Dennis began with McFarland Funeral Chapel in 2010. Dennis is a Certified Crematory Operator and assist with operating the McFarland Crematory. Dennis also assist with services and coordinating with facilities getting death certificates signed.

William H. “Hop” Foster “Hop” was born in Saluda, NC and has been active in the Community for his entire life! He has been involved in organizing and acting as the Master of Ceremonies for the Coon Dog Parade for many years.

As a Saluda Volunteer Fire Fighter, Hop has worked in many different positions. In December of 2008, Hop was was awarded Lifetime Honorary Chief. He now serves on the Board of Directors of SVFR. He retired from Cranston Print Works, Fletcher, NC after 39 years where he was the supervisor of the print department. He is a member of the Saluda United Methodist Church where he is Chairman of the Trustees.

Hop has been employed by McFarland’s since 1998. Hop is married to the former Rheta Johnson and they have three children. 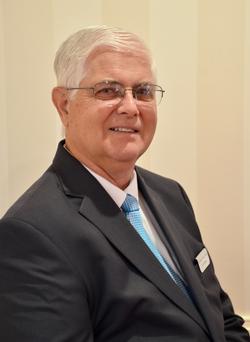 Chris was born in Memphis, TN, grew up in Gaffney, SC and graduated from Gaffney High School. Rev. Osborn received his Doctor of Ministry from Covington Theological Seminary in Rossville, GA in 1988.

He retired in 2012 from Silver Creek Baptist Church in Mill Spring after 25 years as a pastor. He currently serves as pastor of Faith Temple Baptist Church, Chaplain for the Mill Spring Volunteer Fire Department and the Polk County Sheriff’s Department.

Dr. Osborn and his wife, Judy, have three children, nine grandchildren, and one great-grandchild. 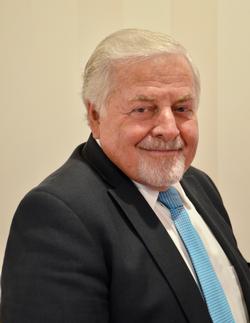 Fred is a native of Polk County and recently retired from IGA in Tryon as Produce Manager.

At McFarland, Fred uses his friendly and outgoing personality to help families with anything they might need. When he’s not working, Fred enjoys gardening and watching sports.

He and his wife, Julie, live in Mill Spring, NC. 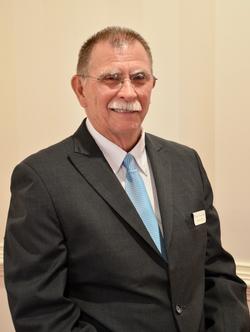 William Mills is a Funeral Assistant with McFarland Funeral Chapel and has been with our funeral home since December 2014.

William is retired military and one of the reasons he began working at McFarland is because he feels he is well-qualified to relate to people and comfort them since he has seen a lot through his years in the service.

He enjoys helping people in trying situations. William’s responsibilities include providing whatever assistance is needed during visitations and funeral services. Outside of work, he is a Sunday school teacher and a deacon at a local church. In his free time, William also enjoys watching NASCAR racing.

Harrison is a native of Saluda and retired from Michelin Tire in Spartanburg. He and his wife Sandra have three children, Carol, Michael and Cheryl, four grandchildren and one great-grandchild. He attends Gethsemane Baptist Church in Hendersonville.

Harrison began with McFarland Funeral Chapel as a funeral assistant in June of 2020. 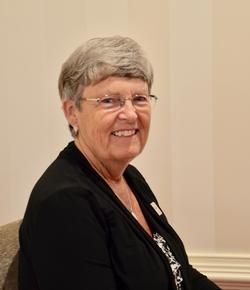 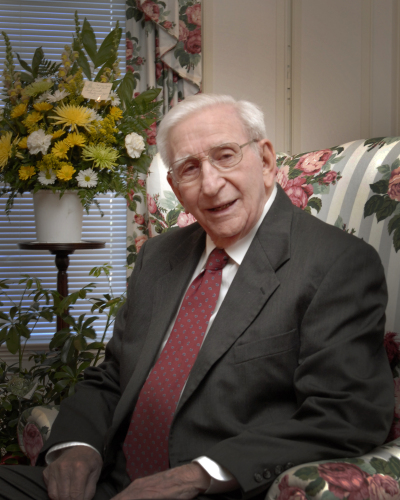 A native of Tryon, he was the President and owner of McFarland Funeral Chapel, Inc. and was instrumental in building the facility at its current location in 1962.  He served as a Western District Representative to the NC Board of Funeral Directors Association in the late 1950’s and was well known for his caring concern to the many families he served. Frank operated the first ambulance service in for many years, and in 1955 he along with a brother-in-law, opened the only perpetual care cemetery in , .

The son of the late Frank K., Sr. and Flora Fisher McFarland, he graduated from Tryon High School in 194l where he was an accomplished athlete being named MVP of the all county basketball conference.  He graduated from Cincinnati College of Mortuary Science in 1943 and was licensed as a funeral director and embalmer on his 21st birthday, April 20, 1944.  Frank joined the U. S. Navy, serving aboard the USS Dauphin as a Pharmacist Mate during WWII.  Upon his return from the war he joined his father and mother in the operations of McFarland’s, serving thousands of families in his 70 year career. In 1950 he married Wayne Burkehead Strother of Woodruff, SC. 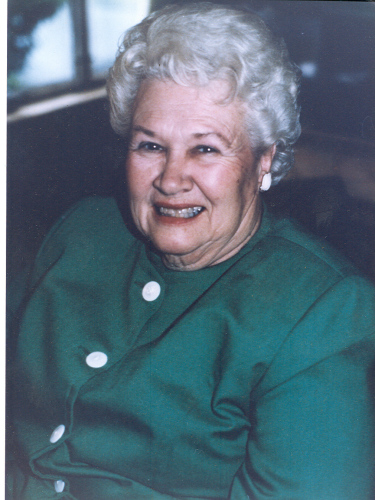 Born in Laurens, SC, she was the daughter of the late Henry and Kathleen Sitgreaves Burkehead. Mrs. McFarland was Vice-President of McFarland Funeral Chapel and owner of Wayne S. McFarland Interiors, both of Tryon, NC. She was known locally for her beautiful Christmas decorations and over the years she was active in many community activities. She was a member of the Green Blades Garden Club and the Lanier Library. She was a member of the Tryon Presbyterian Church, Tryon, NC. 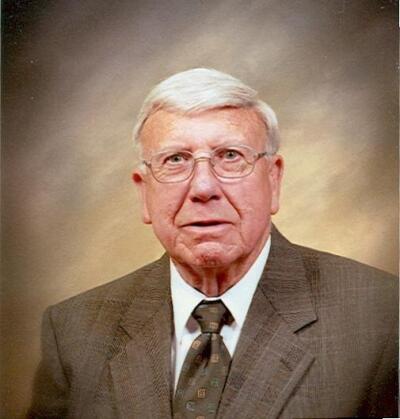 A native of Polk County, he was the son the late Claude and Eloise Foster Scoggins. Clarence was a Veteran of WWII having served in the U.S. Army Military Police and was a lifetime member of the VFW Post #10349 in Tryon. Clarence was a licensed funeral director with McFarland Funeral Chapel for 45 years.

He was a member of the Tryon Volunteer Fire Department from 1950 to 1988 , where he served two terms as Chief. Clarence was selected as North Carolina Fireman of the Year in 1959. He instituted the Fireman of the Year Award for the Tryon Fire Department. Clarence also served as the Polk County Fire Marshal for 30 years. He was a Boy Scout Leader, Past President of the Tryon Lions Club, Past President of the Tryon PTA for several years, Past President of Tryon High School Boosters Club, Coordinator of Football Camp Volunteers for 15 years and was the parts manager for 10 years for Pierce Wilson Motors. Clarence was a member First Baptist Church of Tryon, where he served as Sunday School Superintendent of Young Adults, Church Treasurer and Deacon..

Born in Stokes County, NC, he was the son of the late James Robert and Ellen Elizabeth Stone Martin.  He was the husband of Mary Gaze Martin who died in 1989.  He was a veteran of WW II having served in the US Army.  He moved to Polk County in 1938 from High Point and was a Supervisor for Adams Millis Knitting Co.  He was retired from the Town of Tryon as the Water Department Supervisor.  He was employed by McFarland Funeral Chapel, Tryon, NC for over 30 years.  He was a member of Tryon Presbyterian Church, Jeff L. Nelson Masonic Lodge Post # 605 and was Past Commander of American Legion Post # 250 in Tryon, NC. 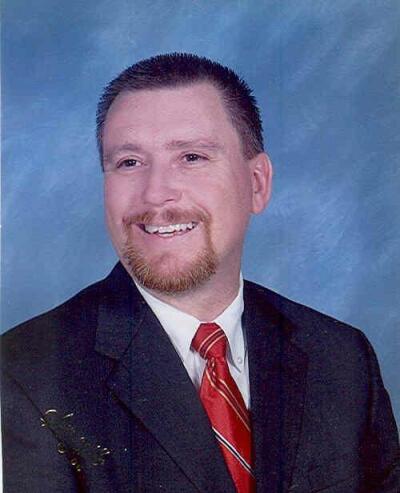 Born in Spartanburg County, SC, he was the son of Martha Hall Davis of Lake Bowen, SC and Jessie Junior Fisher of Spartanburg, SC. A l974 graduate of Landrum High School, he graduated from Spartanburg Methodist College and later Gupton Jones College of Mortuary Science, Atlanta, GA, where he was salutatorian of his class and receive the Bill Pierce Award for funeral director most likely to succeed. Hal had been an embalmer and licensed funeral director with the McFarland Funeral Chapel, Tryon, NC since 1987. He was a member of Hickory Grove Baptist Church, Columbus, NC where he had served as a Deacon and Sunday School Teacher. Hal was an avid gun collector and enjoyed automobiles and his Harley Davidson Motorcycle. 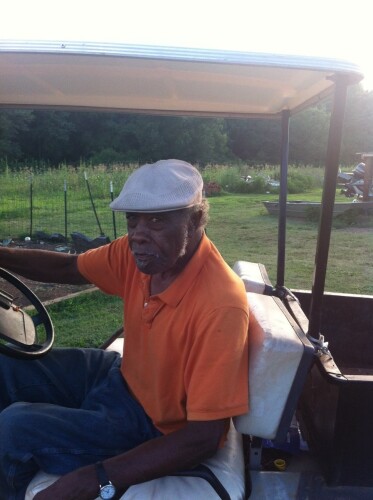 Born in Landrum, he was the son of the late Howard McDowell and Tecora McDowell. Mr. McDowell worked 50 plus years at McFarland Funeral Chapel. He enjoyed farming, fishing, and hunting. Mr. McDowell was a member of Landrum Springs Baptist Church.

If you need our services immediately, please call us.
We will begin the process of bringing your loved one into our care right away.