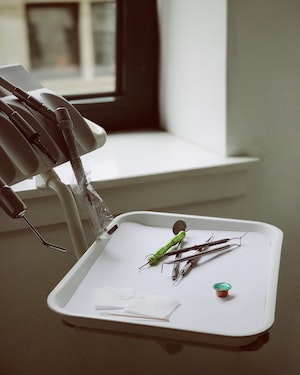 COLUMBUS -- John Oliver (1931-2022) was a dentist and a farmer though it was hard to tell which he loved the most.  Without a doubt, the true love of his life was his wife, Odila, whom he met while attending Fletcher Academy and she was in nursing school. They were married for 72 years.

John attended college in Collegedale, TN and then moved to Loma Linda, CA to earn his degree in dentistry.  He began practice in Columbus in 1960 and, quite literally, touched thousands of lives and mouths.  His gentle touch comforted fearful patients.  When ready to retire, he sold his practice to Dr David Wagner but continued to see patients into his 70’s.  Even then he kept working in the dental lab make dentures and intricate gold work.  His steady hand and clear eyesight allowed him to turn out beautiful work until he turned 90.

John was a life-long, devoted member of the Seventh-day Adventist Church.  The local church was small when he moved to Columbus and he often took his turn preaching, teaching classes and leading song service with his booming, enthusiastic voice, leading out until just two weeks before his death.   He loved to laugh and carried around notebooks of jokes and one-liners which he loved to share.   He enjoyed traveling around our great country, usually camping at state and national parks.   He even did a short missionary dental stint in Malawi.

A memorial service will be held at the Tryon Seventh-day Adventist Church, date to be announced.